Branding a Country on the Olympic Stage 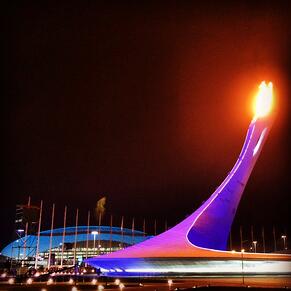 I recently traveled to Sochi, Russia for the Winter Olympics (check this off the bucket list!) and after all the media attention focused on Sochi leading up to the games, I was interested to see firsthand if the games were going to be considered a success for Russia or not.Russia went into their Olympic bid with the mindset that they would be showcasing, and essentially re-branding, their image to the world (and turning Sochi into a top tourist destination in the process). Re-branding an entire country is no small feat (and in the west many would argue that Russia faces a particularly difficult battle) and the Olympic stage is indisputably the easiest way to gain national exposure and leverage a positive image.

In the wake of the Games, will Sochi become the ultimate tourist destination that Russia hoped for, or will it suffer like other Olympic cities have in the past? Speaking to other spectators who had been to multiple Olympics, many expressed these were the best Olympic Games yet…but only time will tell if that positive experience was felt throughout the world (or if it never made it outside the ring of fans and athletes in Sochi).

Jen is a Project Manager at CMB. She’ll never forget her Olympic experience and is now preparing herself for PyeongChang 2018.