These facts will change your mind: NOT! 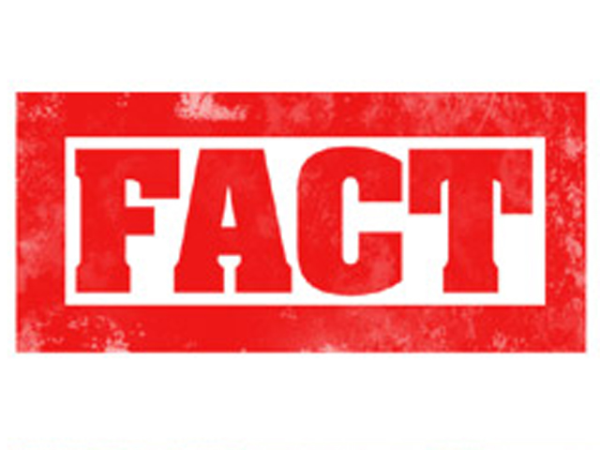 A recent article on Boston.com, “How facts backfire: Researchers discover a surprising threat to democracy: our brains” caught my attention for several reasons – some intellectual and some, well, personal.

As an employee of a company who used to have a tag line “Information for Decision-Making,” I believe in the value of facts in reducing risk and guiding strategic decisions, I love data and weaving a story from information gathered in our custom market research studies.  I make my living from sharing facts!  However, true confession here, as the liberal wife of a man who considers
Fox’s reporting “fair and balanced,” I recognize
my reluctance to accept political information presented as facts,
particularly from certain sources.

Thomas Jefferson wrote in 1789:  “Whenever people are well-informed, they can be trusted with their own government.” It is one of the primary underlying assumptions of modern democracy:  people, furnished with facts, will be clearer thinkers and better citizens.  However, recent political science studies by researchers at the University of Michigan have found that facts don’t necessarily have the power to change our minds.  In fact, they found the opposite.  When misinformed people (particularly political partisans) were presented with corrected information, they rarely changed their mind.  Some became more strongly set in their unfounded beliefs.

While more research is being done to understand why when we have things wrong – we can be so sure that we’re right – and why we’re unwilling to “admit we were wrong,” researchers believe part of the answer is in the way our brains are wired.  People, generally, seek consistency; we accept and interpret information with an eye toward reinforcing our preexisting views (…anyone want to debate the presence of WMD in Iraq?  You get the drift…).

While poli-sci researchers are working on the young field of “political mis-perception,” several points of interest were noted:  (1) One avenue may involve self-esteem…if you feel good about yourself you’ll listen.  If you feel threatened and agitated, you are less likely to listen to dissenting opinions; (2) Hitting people between the eyes with objective facts that contradict current beliefs – particularly if it can be done in an interactive way - seems to force many to adjust their opinions.

With that as background, then, as market researchers it is essential to be conscious of not just the facts we are presenting, but how they are presented.  Three ways to make sure the facts don’t fall on deaf ears

Posted by Judy Melanson. Judy leads the Travel & Entertainment practice and loves collaborating with clients on driving customer loyalty.  She's the mom of two teens and the wife of an oyster farmer. Follow Judy on Twitter at @Judy_LC