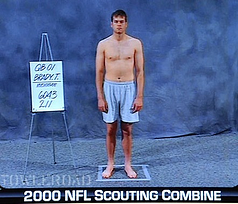 Due to the NFL labor dispute, the NFLPA may request that likely top NFL draft picks refuse their invitations to attend this April’s NFL Draft in NYC, as a show of solidarity with their union brothers-to-be.  I’ve got a problem with how both sides have handled these negotiations, but this isn’t a post about labor relations.  Rather, I want to comment about one of the first rules of marketing – “Know thy Audience” - and how the NFL Network (NFLN) and/or ESPN can turn this potential challenge to their benefit.

First a disclaimer.  All that I am about to say is based on my own die-hard football fan observations and some theories I have about the NFL Draft audience based on anecdotal evidence.  I spend a lot of time doing “real” segmentations, but my thoughts about this segment (Draftnicks) isn’t based on any hard data.  That being said… 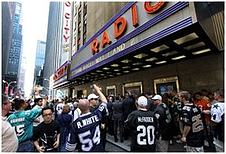 In my opinion, the audience for the NFL Draft is not the mass market that has brought NFL viewership to stratospheric highs in popularity.  In general, casual fans who watch their home team on Sunday, but watch something else on Sunday and Monday nights are not flocking to their TV sets.  Spouses and significant others of die-hard football fans are not investing hours (never mind an entire weekend)  in front of the TV waiting for the commissioner to call a certain name. 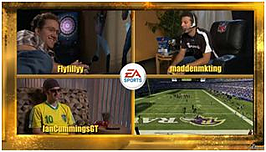 Yes, the move to a Thursday night format has drawn in some casual fans.  But the core audience for the NFL Draft is those among us who consider the NFL a 365 day a year past time.  “Draftnicks” are born for a variety of reasons.  Some of us aspire to be NFL GMs the way young girls aspire to be Disney Princesses.   Some of us consider this juxtaposition of college and pro football to be a vital part of our part time jobs, whether those jobs are in the realm of fantasy football or understanding who will beat the spread.  And others are the true-blue following that every NFL team has.  For 31 teams, the draft provides hope that our team may hoist the Lombardi Trophy next year.  For (the hated) Packers fans, it is a step to helping them repeat.  The fact that it looks like free agency won’t happen until after the draft due to the CBA impasse just makes the draft more exciting.

Why does understanding “who” is watching and “why” they care matter?  Because knowing that is what should drive content.   This is not the Olympics.  The audience for the Olympics has been deeply researched and the results have lead to the massive amount of human interest stories relative to the amount of time watching the events.  I believe NFL Draftnicks are a very different audience.  I think in general, we view drafted players more like pieces on a chessboard than we do as friends and family.  It isn’t that we don’t care about them as people – I think we all hope they are happy and well adjusted.  Yes, there have been a few memorable moments in which attending players filled the starring roles (e.g., Brady Quinn’s rapid fall to the bottom of the first round and Tommie Harris showing up dressed like Marsellus Wallace  from Pulp Fiction stick out).   But the NFL Draft can survive without live player attendance, because we’re more interested in seeing the film.  I want to know what they do well and where they need to improve, and how they fit with their new team.  That’s why I watch NFLN’s “Path to the Draft” religiously and why I read free and subscription draft content online religiously year round.   This becomes even more fun once we know when they were drafted, and by whom.

Okay… enough rambling context.  Here are my thoughts for the NFLN and ESPN, free of charge.

As you can see, I truly think the incoming rookies need the NFL Draft event more than the draft needs them.  As I see it, players benefit more from shaking commissioner Goodell’s hand than the other way around.  The Draft provides a kick-start for players to win endorsement deals and start building their personal brands.  For me personally, I’m hoping that someone at the networks sees this, and we get an even more interesting draft format this year.

Posted by Brant Cruz. Brant is a VP and segmentation guru at CMB. He is eagerly awaiting a call from the Chicago Bears and is keeping his fingers crossed for an exciting 2011 NFL Draft.