Why Standing up for the Census Still Counts 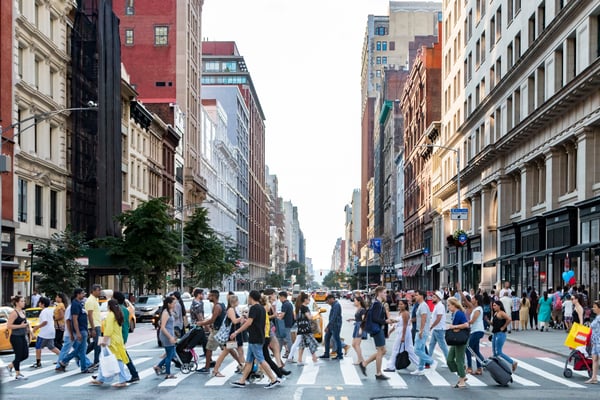 Over a year ago, I wrote about the critical state of the U.S. Census. To recap: to stay within budget, the US Census Bureau planned to add online and phone data collection to the traditional mail and face-to-face fielding. As any good researchers would, they planned to test this new mix of methodologies using a series a field tests and an end-to-end test.

After cancelling several field tests earlier this year, last month the bureau completed an end-to-end test in Providence County, RI, and are “ready to transition from a paper-based census to one where people can respond online using personal computers or mobile devices, by telephone through our questionnaire assistance centers or by using the traditional paper-response option.” Click here for an infographic with all the details.

Whew, right?  Not so fast—there’s still another problem. A big one.

Against the recommendation of the Census Bureau, the Secretary of Commerce, Wilbur Ross, is fighting to add a citizenship question to the 2020 Census.

In a memo sent to the DOJ, the bureau’s Chief Scientist and Associate Director for Research and Methodology, John Abowd, wrote the inclusion of a citizenship question would be "very costly, harms the quality of the census count, and would use substantially less accurate citizenship status data than are available from administrative sources.”

In response, opponents of the question, including the state of California, New York, and the American Civil Liberties Union, have filed lawsuits against the Federal Government—echoing Abowd’s fears that the citizen question would discourage participation and compromise the integrity of the census.

Despite a request by the Federal Government to postpone, the trial began on Monday, November 5, in New York City, and is expected to last two weeks.

As I wrote in my earlier blog, the US Census is critical to market research. It serves as the foundation for things like sampling plans, weighting data, sizing audiences, and determining who to target.

If the citizen question goes through, it may deter non-citizens from participating. This would seriously harm the quality of the data and pose a threat to the integrity of our industry—not to mention impact federal budgeting and the number of House seats.

As market researchers, it’s our duty to preserve the integrity of the US Census. Whether you support or oppose the citizenship question, I encourage you to pay close attention to how the decision plays out. We’re still a year away from the census, but what’s decided now could have far-reaching ramifications for our industry and country.

Athena is a Project Director at CMB who really hopes the next time she blogs it will be about a satisfactory resolution to this ongoing issue.