NASCAR Races to Stay Relevant for the Next Generation

As a stock car racing fan who makes an annual pilgrimage to the Daytona 500, I’ve experienced the evolution of the NASCAR brand from the seats of the iconic 2.5-mile track.

No place is the emotional connection between brand and customer more palpable than at an event where drivers enter the stadium in a gladiator-style procession before climbing into their cars for a 200+ mph chariot-like battle on a 31-degree banked asphalt track.

But while NASCAR excels at creating an emotional experience for its current loyal fan base, the organization is challenged to deliver a branding experience that will attract the next generation of fans—while how people consume sports continues to evolve.

On top of that, NASCAR must motivate existing and new fans to view/attend/buy not only its own brand, but the myriad co-sponsors.

So how is NASCAR adapting to meet changing consumer demands?

At the time of the Monster Energy deal announcement in 2017, Mitch Covington, Monster’s VP of Sports Marketing said, "I think you'll see a little more Monster at the Daytona 500. But at the same time, the sponsorship's not about painting it all green. It's really about doing some really cool things with sponsorship." 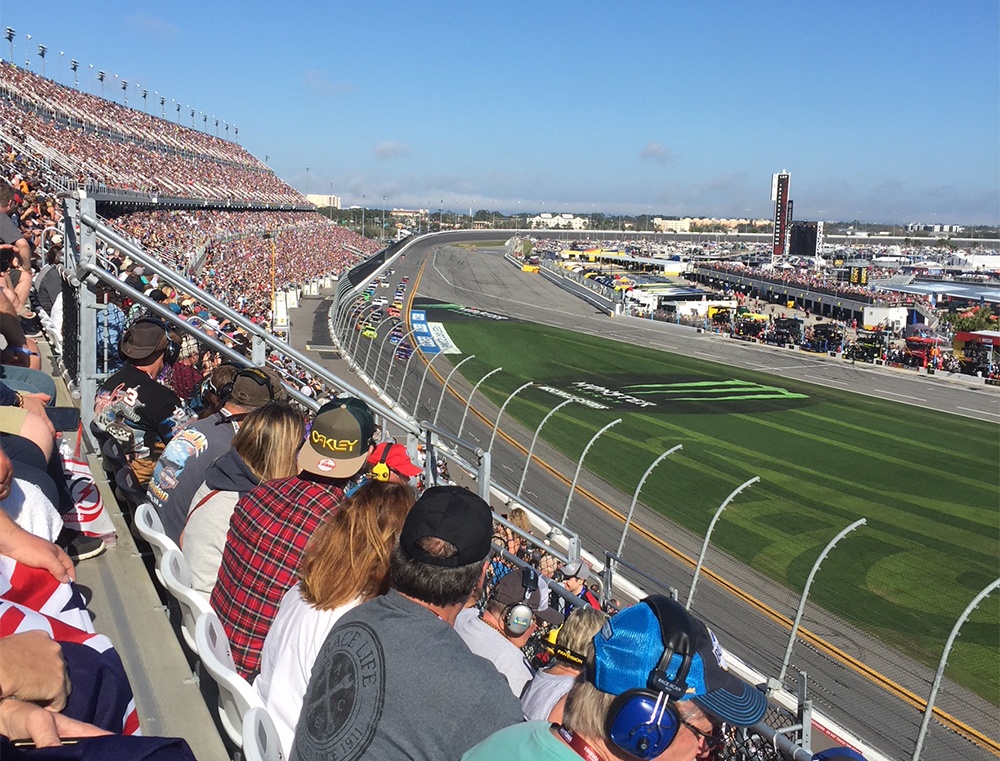 To simplify sponsorship opportunities for brands, NASCAR may bundle its top sponsorship with the sanctioning body to include the tracks and tv partners, omitting series naming rights which has been used in the past.

NASCAR Chief Operating Officer Steve Phelps told ESPN, “Our competitive advantage is that our fans understand the importance of sponsorship and they go out and support our sponsors… we just think there’s a better model to make sure that sponsors want to stay involved more broadly.”

The future of NASCAR’s sponsorship model is still unknown, but Covington’s quote sums up their efforts. For sponsorship to be effective, NASCAR must strike a balance between honoring what fans have always loved about the NASCAR brand (+ sponsors) while embracing innovation and change.