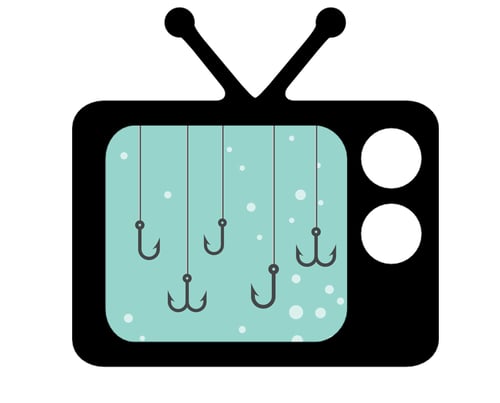 While recovering from a recent running injury, I logged A LOT of miles on the “dreadmill” and “helliptical” at the gym—both conveniently equipped with televisions to keep me entertained. Because I was also in the middle of a kitchen renovation, I found particular solace and inspiration in my good friends from HGTV: Tarek and Christina, Chip and Joanna, and the Property Brothers.

I’d grown particularly fond of Tarek and Christina’s “Flip or Flop”, so when I stumbled upon a recent New York Times article about them, of course it caught my attention. Why is it, the author wonders, do these home improvement “stars” now regularly share the covers and pages of magazines previously dominated by Brangelina? Gone are the days of traditional star power and mass appeal programming—as media consumption continues to fragment, niche is the new mass.

Media companies, from networks to celebrity magazines, are having trouble reaching these smaller groups. They’re still fishing in the biggest ponds left, which in the case of HGTV, has a relatively large fanbase in Middle America. But even with the sizable HGTV audience, there’s also the FX and AMC “big-city smarty-pants” groups to think about. With these splintering subgroups, what’s a media company competing for their attention and loyalty to do?

Traditional programming research focuses on what the viewer thinks about the show’s plot, characters, setting, etc. Don’t get me wrong, these elements are still essential to programming. However, in identifying subgroups based on the content they watch, we need to answer some important questions about identity, namely: “Who do I want to be?”, “Do I want to be perceived as the kind of person who watches this show?”, and “Can I relate to people who typically watch ‘Flip or Flop’?”

As people, we’re motivated by opportunities to reinforce or enhance our identity—it’s an integral piece to who we are. The brands we use (or in this case, the content we consume) can be an expression of identity, so we’re inclined to align ourselves with those that express it in a way that’s meaningful and true. In that vein, we find we can tell much more about a viewer or consumer by asking the identity-centric questions above than something like, “What do I think about the cast of ‘Flip or Flop’?”

This identity-centric framework is the basis for CMB’s identity measurement solution—AffinID. AffinID helps brands understand their target consumers’ image of the typical person who uses their brand (or watches their content) and finds ways to strategically influence that image to strengthen how much consumers identify with the image.

As competition increases, identity measurement should play a key role to media companies.

So, as the media landscape becomes more fragmented and competitive, and as we continue to see niche groups with particular tastes pop up, media companies need to consider the important role identity plays in viewership—the more a person perceives a show and/or a network's typical viewer as the kind of person they are, they know and like, the more likely they are to engage in it.

This has distinct advantages for content creators testing new pilots—with so many players churning out quality, original content, there’s no room for mediocracy. Prior to pilot launch, creators can measure the identity benefits offered by the show to predict performance, help identify and profile likely viewers, and diagnose potential barriers to viewership.

This approach could be equally helpful to advertisers. Much of the advertising research conducted today is tactical, focusing on ad load and placement. The holy grail is finding what ads are “relevant” and aligned with not only the network, but also the particular program. And as viewers continue consume programming on a number of different platforms, it’s more challenging than ever for advertisers to be sure they’re reaching the right audience or fishing in the right pond.

AffinID can help advertisers identify perceptions of the viewer that drive these positive behaviors, strategically influencing them through the elements/moments featured in the program promos and identifying the ad placements/brand partnerships that make sense for a particular show.

While I won’t be watching Christina and Tarek as much now that I’m running outside again, and have a newly renovated kitchen, they remain important reminders of the future of media consumption. Like celebrities, there are fewer shows with “mass appeal” these days. In order for media companies (content creators, advertisers, etc.) to remain favorable to targeted audiences, they'll need to start looking through an identity-centric lens and consider questions like, “Who do I want to be?”

Lynne Castronuovo is an Account Manager at CMB who enjoys running outside when she’s not cooking meals in her shiny, new kitchen.