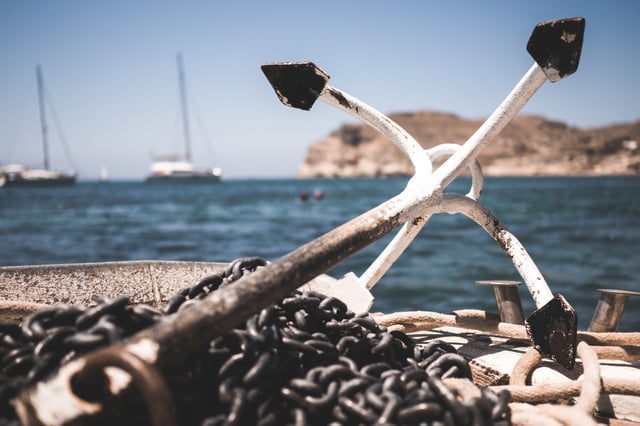 Unless you retained your 7th grade social studies knowledge, you’d probably have a tough time answering. But based on the context given in question 1, you may guess somewhere in the several thousand range. Why is that?

As Nobel Prize winning author Daniel Kahneman explains, this is an example of the anchoring effect—a cognitive bias in which humans tend to rely on the first piece of information offered (the “anchor”) when making decisions. The detail (e.g. number) we automatically “anchor” to then influences subsequent decisions.

So, in the Edison example, according to the anchoring effect, the “7,000” in the first question impacted your answer to the second question.

Consider then, if instead the first question had been: “Did Thomas Edison patent more or fewer than 100 inventions?” Your answer to the second question would likely be a lot less than what it had been in the first scenario.

Our perceptions are often influenced by the stimuli we are exposed to—both consciously and subconsciously. Sometimes, though, this information is useless in helping us make correct judgements (such as the number 7,000 in the example above). Even if we’re aware of an external influence, it can be hard to discount.

As market researchers, we have an obligation to manage and mitigate this type of bias to preserve the integrity of our data.

When creating a survey, we try to avoid anchoring respondents in a particular number (or other pieces of information) and are careful in the way that we order questions. If we’re exposing respondents to various numbers (which is often the case in pricing research), we rely heavily on analytical techniques that ensure randomization and exposure to multiple scenarios.

Ultimately, we can’t avoid priming effects altogether—there is no such thing has 100% unbiased data. But, we need to keep these psychological biases in mind when designing, implementing and presenting data. By recognizing the downstream consequences of something like the anchoring effect, we’re better positioned to find truthful and actionable insights for clients.

Hannah Russell is a Project Manager at CMB who indeed retained her seventh grade social studies knowledge. Thomas Edison accumulated 2,232 patents worldwide, 1,093 of which were in the US.”