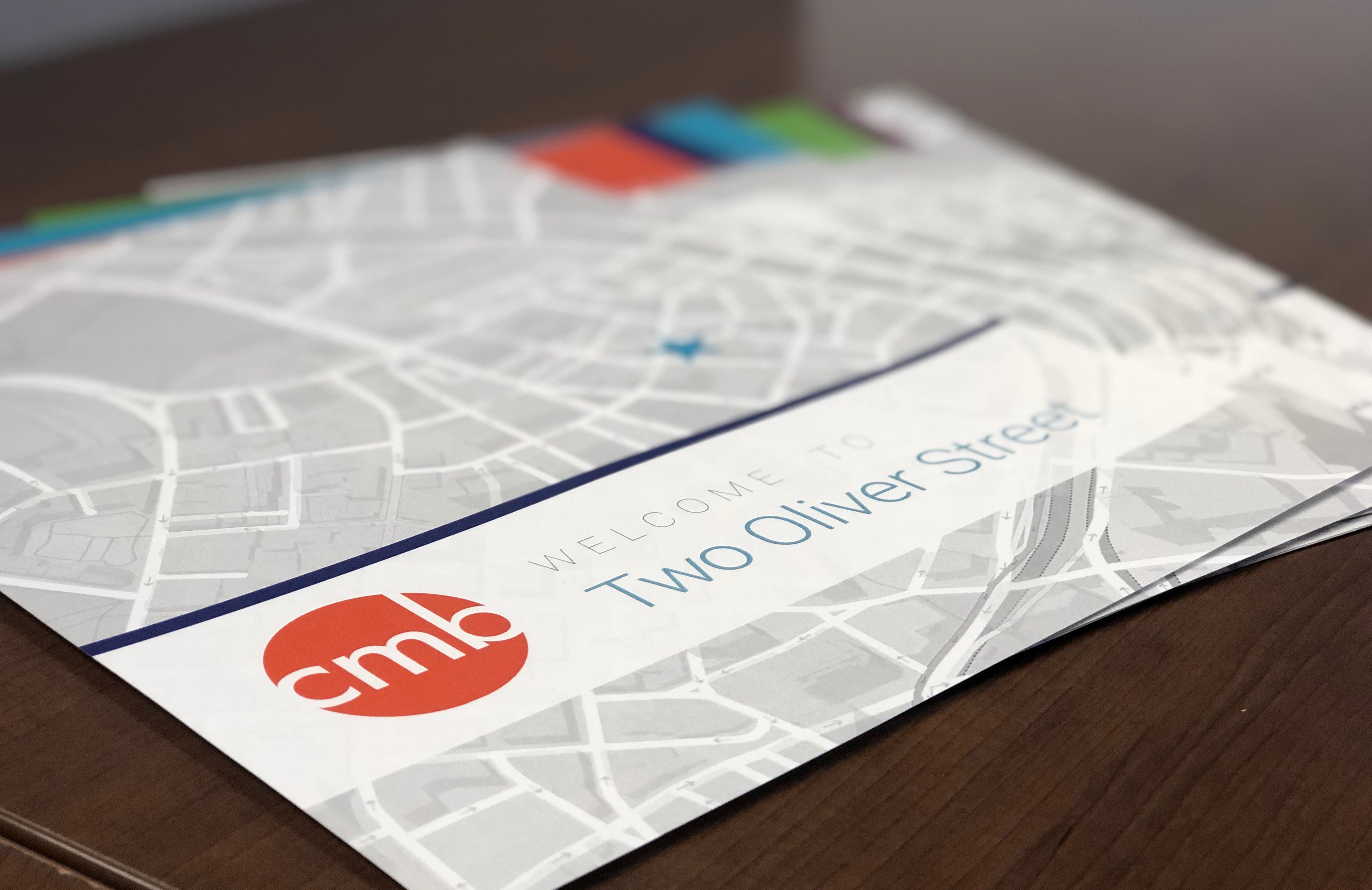 Last night we celebrated an exciting milestone for CMB. As of this past Monday, our headquarters have officially moved to Boston’s Financial District—just a 10-minute walk from our previous location in the historic Leather District.

We had 34 wonderful years on South Street, but we look forward to this next chapter for CMB. Our new office accommodates our continued growth and evolution—outfitted with collaboration areas, Wellness space, and a private roof deck with sweeping views of downtown Boston. 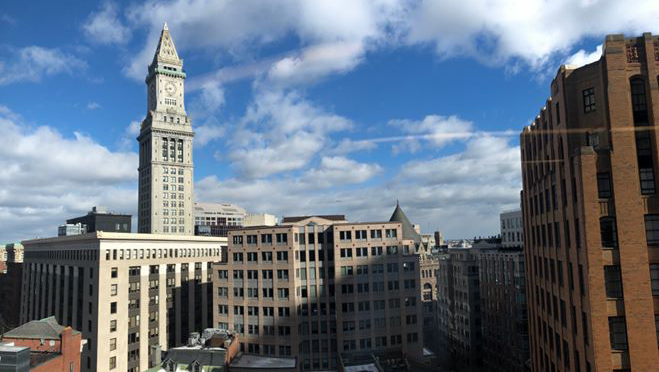 And part of this growth means hiring smart and driven individuals. If you’re interested in working with fun, talented, and collaborative teammates, check out our open roles.

This is an exciting time for CMB as we continue to grow and evolve as a company. We’re thrilled about this opportunity and look forward to welcoming you to our new space!

Savannah House is the Marketing Manager at CMB who is thoroughly enjoying her new standing desk.

Meeting the Market Researchers of Tomorrow 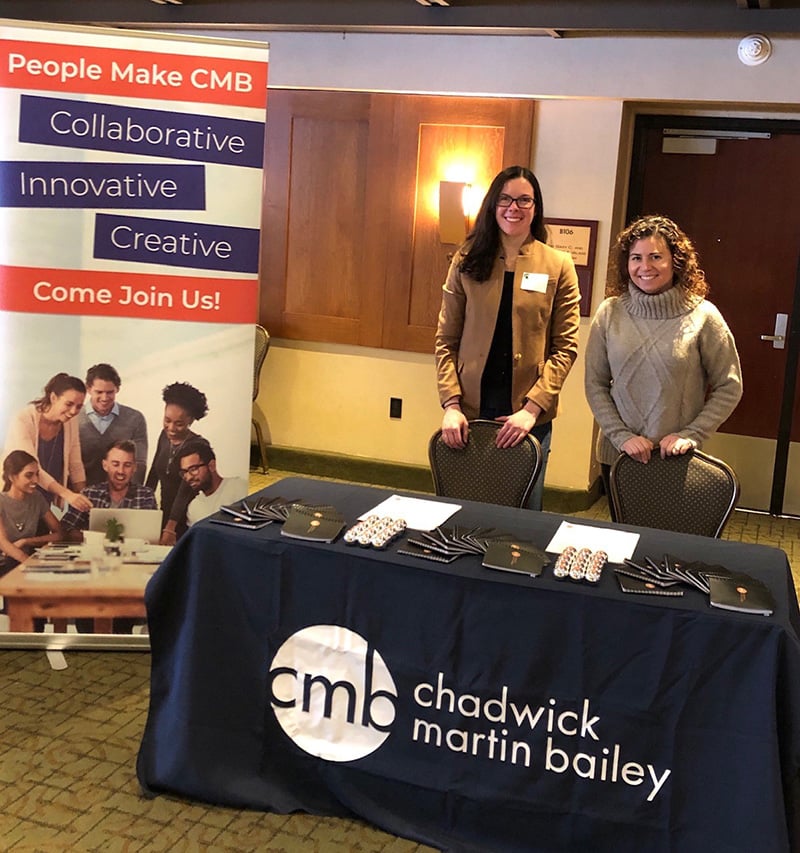 This was just one of many career fairs CMB attends all over the country—spanning from the Northeast to the Midwest and down to Georgia—excitedly meeting prospective students interested in a career in market research.

The Associate Researcher role is an exciting opportunity to help some of the world’s most cutting-edge brands—including Netflix, American Express, LinkedIn—tackle their most pressing and complex business challenges. You’ll work side-by-side with project managers, senior consultants, and industry experts—learning how to leverage data analysis to uncover insights that inspire action.

Plus, you’ll experience all the other benefits that come with joining CMB, like ongoing trainings, one-on-one mentoring, Fun Fridays, frequent social events, a culture committed to professional development and growth, volunteer opportunities, and more.

Next, you’ll find CMB at the Providence College and Bentley University career fairs on Wednesday, February 13. Stop by our table for some free swag and to learn more about life at CMB!

Interested in other market research careers? We’re always on the lookout for bright and curious data individuals, so check out our open roles here:

The Cost of Switching Tasks 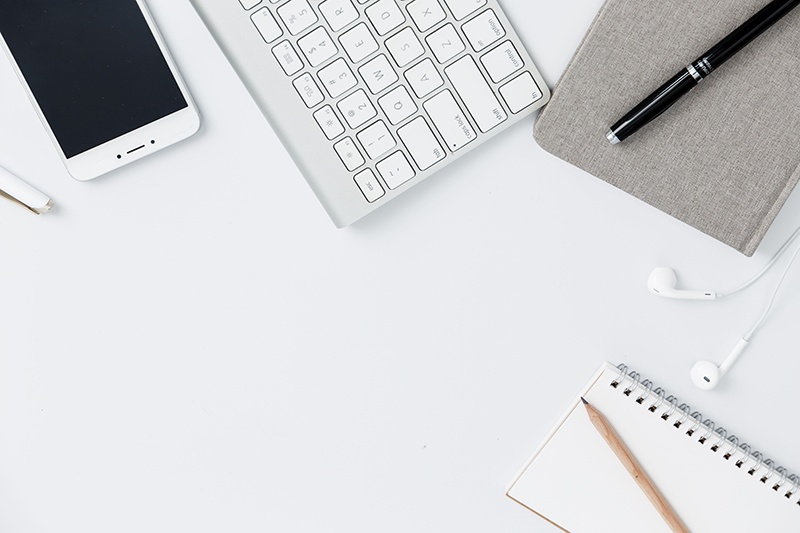 Heading into the busiest time of year, I’ve been thinking about how to be more efficient at work. Often, we want to do everything at once—ensuring each task gets marked off our to do list so we can feel accomplished at the end of the day.

While multitasking seems efficient, it's actually quite difficult to switch between two different tasks.

They found the response times of switching between unrelated tasks was slower than switching between similar tasks--indicating it takes longer to complete different tasks if you switch back and forth instead of doing similar ones sequentially.

Thinking about this on a larger scale (all day) with more complex tasks (the day-to-day tasks of a market researcher), the cost only grows. I lose more time on days when I have lots of smaller tasks for many projects compared to days spent on bigger tasks for fewer projects.

Returning to the goal of improving day-to-day efficiency, here are four tips to lighten the cognitive load and reduce time spent “getting into a new mindset”:

Hopefully these simple tips can help guide your productivity!

Written by Laura Blazej, a Data Manager I who loves her calendar schedule and hates wasted time.

Interested in joining a productive and efficient team? We're hiring!

Celebrating our First Year as Part of the ITA Group Family!

Yesterday afternoon we celebrated our one-year anniversary  as a member of the  ITA Group family! 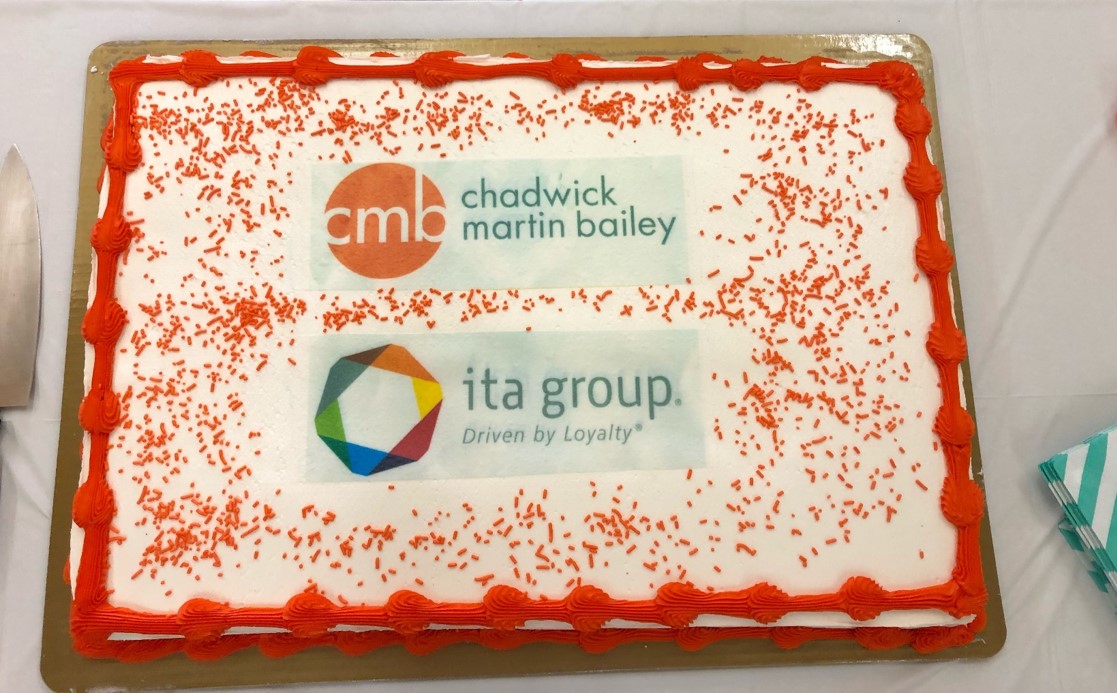 It's been an incredibly busy and exciting year but we took some time to celebrate our success, shared values, and deep commitment to delivering world-class solutions to leading brands.

We're thrilled to work with, and be a part of, the best in the business in the world of engagement!

Thanks to all of our hard-working and dedicated colleagues and incredible clients for such a successful year.

Lobster Served with a Side of Gratitude to CMB Employees

Last Friday we took a break to celebrate our team’s hard work at the annual CMB Summer Party. It was a hot and humid day—even for New England’s standards—but that didn’t stop us from coming out to celebrate the summer season with a good old fashioned New England clambake.

The Summer Party is one of our favorite days of the year because it brings Boston-based and remote CMBers together for a fun day of good food, conversation, and relaxation. Nothing says team bonding like matching lobster bibs! 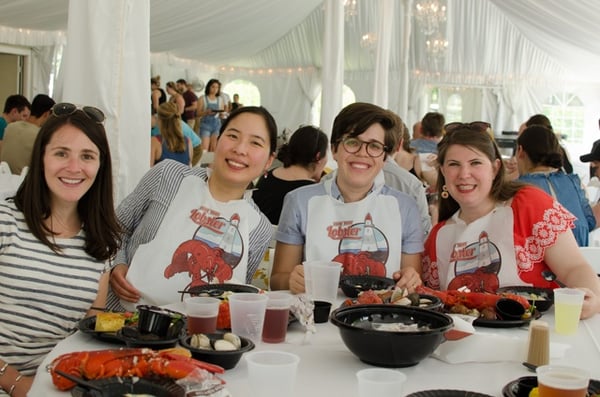 The whole is greater than the sum of its parts. Call it cliché, but at CMB, it’s true. CMBers are the company’s most valuable resources, and whether it’s at the Summer Party, one of the many CMB Social Committee-sponsored events, or our internal CMBU training program, we continually strive to recognize employees’ hard work, foster creativity, provide flexibility, and encourage professional growth. 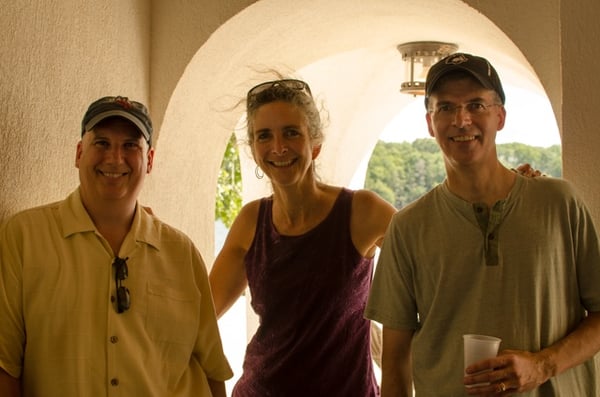 Interested in joining the CMB team? We’re always looking for smart, curious, and experienced market research professionals. Check out our latest openings below: