A New Year's Resolution For All Professionals 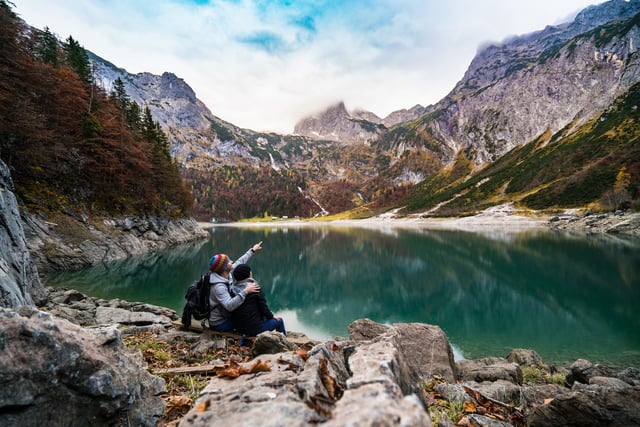 My New Year’s Resolution came to me at a recent manager’s meeting where I was reminded of the importance of professional development—both for our teams and for ourselves. So, in 2018, I resolve to be more intentional about practicing what I preach—that we all must be committed to doing what we can to learn and grow professionally.

As a manager, one of my biggest responsibilities is to encourage and foster professional development among my team. But sometimes it’s easy to forget to take advantage of the opportunities myself. Fortunately, CMB is deeply committed to the professional development of all its employees—across departments, from the top down. My team and I are equipped with a lot resources to help us grow—CMB hosts, encourages, and supports a variety of training and development interests—both the tactical development of skills and interest-based desires.

“Professional development” can mean many things. It’s not always about correcting for a specific problem or working to close the gap on a particular skill—nor does it necessarily have to be a formal training session or coursework. We can develop ourselves in a lot of ways. From conferences and networking events to free webinars, any opportunity for growth is constructive.

No matter how far into your career you are, there’s always room for learning, improving, and refining. So, in 2018, I encourage you to continue advocating for the professional development of your team—but don’t forget about yourself.

With that I’ll “walk the walk” and resolve to identify and take advantage of at least one professional development opportunity per quarter. Wish me luck!

Interested in joining the CMB Team? Check out our open positions here.

Once again CMB is participating in Light the Night, a fundraising campaign for the Leukemia & Lymphoma Society, culminating in a walk on Boston Common on October 20th.  Our participation began back in 2008, when our coworker, Catherine, was diagnosed with Hodgkin’s Lymphoma.  After two rounds of chemo, a stem cell transplant, and proton radiation therapy, I’m happy to report that she recently celebrated six years in remission!

The money raised is used to fund research for new therapies and treatments (including those that saved Catherine) and ensure patient access to treatments.  Last year alone, LLS invested $67.2 million in blood cancer research.

Over the past 8 years, we’ve raised over $80K—not bad for a 65 person company!  LTN is truly a company-wide endeavor, we host bake sales, BBQs, silent auctions, and a very competitive cornhole tournament.  This year we've raised over $6K, and we're still going strong. We'd like to give a big thank you to all of our clients, partners, and friends who've donated!

If you’d like to join us in the fight against cancer, please donate here or meet us on Thursday October 20th at 5PM on the Boston Common.

That's not the only way to join the CMB team, whether you are an innovation guru, a tech whiz, or a strategic selling machine, we’re looking for collaborative, engaged professionals:

Strength-Based Leadership and Finding the #Boss Within

A few weeks ago, I relinquished my year-long membership to the "Broken Screen Club" and bought a

new phone. It was a good opportunity to clean up the apps I didn't need. I had two meditation apps, two fitness tracker apps, three nutrition apps, four dating apps, and two hydration-tracking apps. If there was a gap in my life, I had an app for it.

I was an expert at pinpointing what I wanted to improve about myself and identifying the tools to do it...but was it working? Using these apps reminded me to drink water, but they also served as a constant reminder that I was bad at regularly drinking water.

Recently, I attended Strength-Based Leadership Workshop presented by She Geeks Out (SGO), a Boston-based community of women in the STEAM fields. The workshop was led by Katie Greenman, Founding Partner of HumanSide, a "human-centered consultancy" that works with individuals, teams, and organizations to build success from the inside out. Through activities and lively discussion, we discussed the concept of strength-based leadership and how to apply it in our personal and professional lives.

When it comes to introspection and self-improvement, it’s natural to focus on what’s wrong rather than what’s right. Strength-based leadership focuses on emphasizing an individual’s existing strengths and passions. The core belief is that there is higher growth potential in developing strengths rather than focusing on weaknesses.

At the workshop, everyone had a worksheet with about thirty traits listed and had to circle which traits we considered our strengths. For each of the traits listed, I wanted to brainstorm how I could improve on it rather than see if it was already a strength of mine. Next, we listed items from one aspect of our lives and discussed how our existing strengths would help or had helped us achieve our goals.

The last item was: "Something you're not doing so well with." It was easy for me to come up with something to improve upon...but how would my known strengths help? The takeaway is one of the central tenants of strength-based leadership—whether you're succeeding or not at a task, you should focus on your existing strengths to improve or to continue to excel.

Although the exercises focused on the individual, they can also be applied to teams. Focusing on strengths rather than weaknesses allows for diverse, passionate teams that can excel at the tasks at hand. It also creates a stronger relationship between a company's leadership and its employees. Acknowledging your employees' passions can build enthusiasm and promote evangelism. It's important to note that strength-based leaders don't ignore weaknesses altogether. However, they don't focus the majority of their time and efforts on filling the gaps.

Since attending the workshop, I’ve realized how much strength-based leadership plays a role at CMB. I’ve been assigned difficult projects and given unfamiliar roles that I was at first terrified to take on. But during one-on-one meetings, when I was internally panicking, my manager would tell me, “we thought of you for this.” Through challenges we reveal skills that are valuable to a project, a team, and the company as a whole.

Thanks to my "perfectionist" trait, it's still difficult for me not to focus on the negative, particularly my own. SGO's workshop provided me with a new perspective on how to approach my projects, my career, and myself. I still have more than one meditation app, but if that's the worst of it, I think I'll be okay.

Whether you’re a segmentation guru, a tech whiz, or a strategic selling machine, we’re looking for collaborative, engaged professionals to join our growing team. Check out our open positions below!