Why the Market Research Industry Must Stand up for the Census 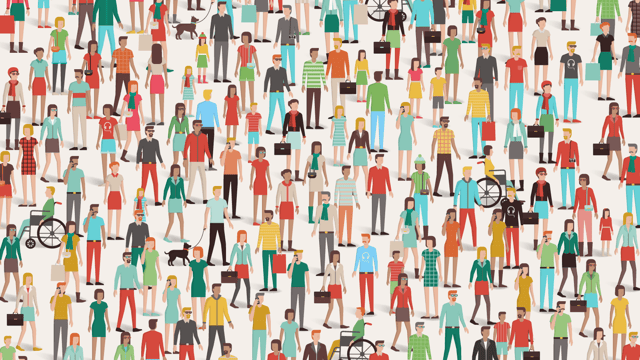 You might be forgiven if the future of the U.S. Census didn’t make your “list of things to worry about this week”. But a lack of funding coupled with the recent resignation of Census Bureau director John Thompson has put the 2020 census in danger—and the ramifications are deeply concerning.

The U.S. Census Bureau might not get the media coverage of other government entities, but it plays a critical role in our democracy, federal spending, and in the market research industry. As we prepare for the 2020 census, it’s time to start paying attention.

As a reminder, the U.S. Census, mandated by the Constitution, is a decennial survey that counts every resident in United States. The data is used to allocate Electoral College votes and congressional seats by state.  In addition, it helps the government determine how to allocate roughly $4 billion in federal funds to local communities that help pay for infrastructure like schools, hospitals, roads, public works, and other vital programs. The U.S. Census Bureau also administers the monthly American Community Survey—comprised of the long form census questions—sent to about 295k households a month. You can read more about the work of the Bureau and how the data are used here.

A New Collection Methodology Puts the Census in Danger

Replicating the 2020 census using the 2010 methodology would cost $17.8 billion, but Congress has mandated that the Census Bureau limit spending to meet the 2010 census budget ($13 billion over ten years).

To comply, the bureau hoped to implement a new system, adding online and phone data collection, in addition to mail and in-person visits, that will ultimately keep costs in line. However, any change in methodology requires rigorous planning and testing to ensure results are accurate and replicable. For example, when moving a brand tracker from the phone to web, you typically run tandem data collections (both via phone and online) for the first wave and then compare the results. This testing requires extra work, and initially may cost more, but it’s critical to ensure the results from the new methodology are comparable and will save money in the long run.

The scope and costs of the census far exceed my brand tracker example, and given the uncertainty of the census budget, it’s unclear whether the census will be able to properly test their new methodology before implementation. If funding isn’t there for testing, the Census Bureau runs the risk of missing the mark.

The end-to-end of the census test is still slated for 2018 but the prerequisite field tests that were to run this year have been cancelled.  The Bureau hopes to include the areas from the cancelled field tests, but that’s still up in the air.

The US Census and Market Research

The US Census serves as the backbone for all consumer market research. I don’t think it’s an exaggeration to say that here at CMB, we use the census on a weekly basis, if not more often, for designing sampling plans, weighting data, sizing audiences, and recommending who to target. You’d be hard pressed to find a research firm that doesn’t use census information to inform its work.

To that end, if the census is flawed by undercount (resulting from a poorly-tested methodology), these errors will be reproduced in most consumer market research studies. As researchers, we’d begin to question the foundation upon which much of our research is built—as would the many businesses that use our services

If the census is underfunded, the undercount would most likely impact areas where residents are harder to reach (think lower socio-economic groups less likely to have internet access, rural populations, transient populations like seasonal workers, etc.). These areas—the very communities that need funding the most—could be deprived of vital federal funds due to disproportionate allocations.

In addition to faulty fund allocation, an underfunded, undercounted census could produce a misrepresentation of seats in our House of Representatives. In this charged political environment where everyone’s vying to be heard, it’s more important than ever to ensure we are properly represented.

2020 may seem far off, but if Congress doesn’t properly fund the census now, while there’s still time for testing, we run the risk of executing a bad census, one that misrepresents the population, unfairly allocates resources, and undermines the quality and credibility of market research. I strongly encourage the market research community to stand up and make their voices heard to preserve this important institution.

Athena is a Project Director at CMB who wants to see her daughter grow up in a world where the US Census is accurate.