Will the Sun Set on British Brands? 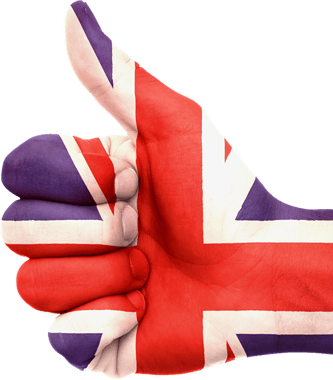 Adele, One Direction, Burberry, Downton Abbey, Kate Middleton, the Royal Family, and, of course, myself… the British are once again invading the shores of the U.S.

Young British musicians continue to take the American music industry by storm—in 2012, four out of five of the top five selling albums in the U.S. were from British artists. Just last December, approximately 10 million fans fought over 750,000 tickets for Adele’s upcoming 2016 tour. The entertainment industry is not the only one seeing dollar signs with this British Invasion. Coffee shop and fast food chain, Pret a Manger, plans further U.S. expansion after successful stints in Boston, New York, Washington DC, and Chicago, building on its brand of fresh, prepared products.

It’s clear that Britain as a brand has been riding a positive wave in the U.S. in recent years with the London Olympics and the birth of the Royal Prince and Princess acting as potential catalysts. The allure of international expansion into the American market, therefore, seems the most logical step for British brands looking for the next stage of growth. According to a Barclays study in 2013, the U.S. was considered the top current market for sales growth for British retailers, but it was also considered the toughest overseas market to break. British supermarket chain Tesco found out firsthand the difficulty of attempting to break the American market. Pre-packaged, fast-food meals have been a staple product on the shelves of British grocery chains for years, and the research, Tesco believed, seemed to suggest this could work among U.S. consumers. However, a lack of familiarity with this style of eating, the onset of the 2007 depression when Tesco’s “Fresh & Easy” chain launched, and the higher associated costs in comparison to buying fresh produce ultimately resulted in a failed $1.8 billion gamble when Tesco withdrew from the market in 2013.

The notable failure of Tesco is a stark reminder of the potential pitfalls for British retailers looking to expand into the U.S. market. While there is clear admiration for the quality and culture of British brands, any decision a British business makes in deciding to jump over the Atlantic should be highly researched and strategized. Any brand looking to break into a new international market should build their decision on a solid foundation of research, with some key research criteria identified below:

There has been a lot of buzz in the CMB office recently around the Boston debut of low-priced fashion retailer Primark (which is only about a half mile walk from the office). This is a hugely successful and cult brand in the U.K., but time will tell if the Irish retailer has effectively researched and gauged its ability to seduce the American consumer with its own brand of discount fashion, or whether, like many before it, they have underestimated the difficulty of breaking the U.S. market.

Josh is a Project Manager at CMB. Having recently entered the U.S. market himself, he is hoping his own brand of British fares better than Tesco’s.

We recently did a webinar on research we conducted with venture capital firm Foundation Capital on Millennials and investing. Insights include a Millennial segmentation, specific financial habits, and a look into the attitudinal drivers behind Millennials' investing preferences.