Writing the Legacy of the Insights Industry 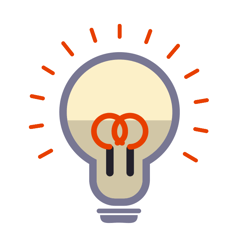 Last week my family and I vacationed in Virginia—a trip that combined the theme park and pool activities my kids begged for, with a big dose of the US history my wife and I wanted them to have. Our first stop was Monticello, long-time home of Thomas Jefferson. Jefferson’s legacy is accomplished and complicated—he was Secretary of State, Vice President, and our 3rd President, but he was also a historian, philosopher, inventor, and slave holder. An avid reader and collector of books, he sold his massive library to the Library of Congress after its collection was destroyed by the British during the War of 1812. What resonated most for me, however, is how concisely Jefferson chose to have his life summarized on his gravestone. He left these instructions:

"...on the faces of the Obelisk the following inscription, & not a word more:

A lifetime of major accomplishments (which might even include the invention of the pedometer. . . you’re welcome Fitbit!), and he lists only the three most important to him?

It got me thinking about the legacy that I want the “information industry” to leave the world—because I know that no single one of us can leave a legacy like this alone. Here’s my shot at one (Jefferson style):

This is bit more verbose than Jefferson (which shouldn’t surprise anyone who knows me). But you probably get the point. Beyond his headstone, Jefferson also inspired me with several quotes, which I am convinced were prophetic advice for our profession today:

I hope you’ve enjoyed this little history lesson, and I look forward to seeing your suggestions for our headstone.

Brant Cruz is our resident segmentation guru and the Vice President of CMB’s eCommerce and Digital Media Practice.

Join Brant and Vivaldi Partners Group’s Erich Joachimsthaler for a webinar on 6/22 at 12:30PM EST as they share the results of a 90 brand study. Learn how Social Currency measurement helps brands activate the 7 levers that encourage consumers to advocate, engage, and gain real value.