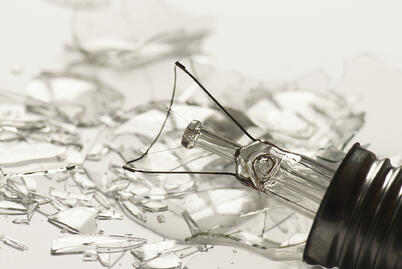 You might not know it from the constant attention lavished on startups, but some of the most established and largest companies in the world are amongst the most innovative—they routinely out-innovate their smaller peers. Where they falter is in failing to bring these game-changers to the marketplace without diluting, complicating, or killing them.If you have doubts about what I just said, here are two of my favorite examples that illustrate the issue really well.

Ever wonder why despite inventing the concept of cellular phones and having a virtual monopoly on telephones, AT&T had to acquire McCaw Cellular Communications in 1993-94 for $11.5 billion? OR better, despite coming up with filmless photography in 1976 which dominates the world today (think of cellphone cameras, selfies, instagrams, Snapchat, Google Maps) Kodak today is a bankrupt company (the hyperlink is a great read by the way).

It’s not the lack of ideas that hurts large organizations the most. It’s not even the lack of awareness of implementation hurdles. It’s the inability to forge consensus, a constant focus on responding to immediate pressures and meeting short-term goals (both organizational goals and employee goals) and lack of sufficient communication across autonomous business units that play spoilsport. You could describe it as a lack of push to the “Strategic Intent”; a phrase popularized by the late C.K. Prahalad and Gary Hamel in 1989 (strategic intent is an ambitious and compelling dream that energizes, providing the emotional and intellectual energy for the journey to the future. It has 3 components: Direction, Discovery and Destiny). I call it a lack of push and not a lack of intent because these organizations have these 3 D's, at least on paper.

Being a strategy groupie, I've spent a lot of my time specifically focused on innovation (both because the sheer volume of content that's been published on the topic recently, and the nature of my current assignments), I’ve decided to put down some of my thoughts on paper starting with a short list of questions (by no means exhaustive) that will help people think holistically about innovation and avoid some of the pitfalls:

Innovation is hard. It takes a lot of effort and patience and failure can be costly and even catastrophic, but the upside can be rewarding beyond expectations. In the coming weeks, I will attempt to expand on each of these questions with examples and my views on why it has or has not worked for specific large companies.

Abe is a Senior Project Manager, strategy junkie, and CrossFit enthusiast. He's recently taken up snowboarding so watch out if you're headed to the slopes.