Over the past few months, we’ve explored the impact of social psychology on employee engagement and how emotions can affect the employee experience. These findings were part of an in-depth research study we conducted with ITA Group.

Now, we’re inviting you to tune in to our next webinar to see how we leveraged scientific insight into human motivation and advanced analytic techniques to identify the five critical psychological benefits that can provide a framework for true, sustainable engagement.

Join webinar presenters Erica Carranza, PhD, VP of Consumer Psychology at CMB, and Christina Zurek, SHRM-CP, Insights and Strategy Leader at ITA Group, to hear about their landmark study and key findings, including: 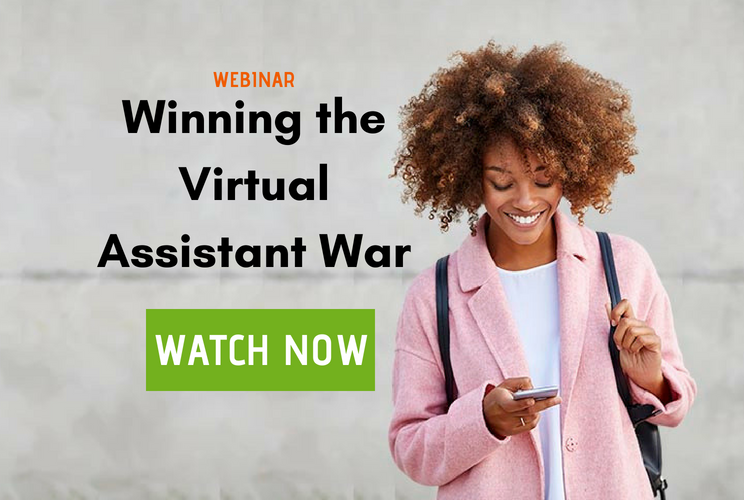 Have you ever asked Siri for the weather? Or maybe you've had Alexa look up a dinner recipe. Siri, Alexa, Google Assistant, and others have become household names as more people adopt virtual assistant technology. But most people are still only using their virtual assistants for basic search functions.

In this latest 20-minute webinar, I explore:

While this webinar looks at the virtual assistant category, there are valuable learnings for anyone  experiencing disruption within their industry.

If you have any questions about the research, please reach out to to me directly at cneal@cmbinfo.com.

Chris Neal is CMB's VP of Tech and Telecom and has over 20 years of experience in the high tech, telecom, and media space.

Imagine you see the picture below in an ad for Jack Daniels. Who is this guy? Where is he? What’s he like?

I see a middle-aged man somewhere in the south. He’s out fishing. He’s a stoic, rugged, “salt of the earth” kind of guy. He drives a truck—and if it breaks down, he can fix it himself, thank you very much.

But what if, instead, you saw this image in an ad for the clothing brand Patagonia? What would you think about the man in the picture?

I’d imagine him on adventure vacation someplace exotic. He’s from California. He cares about looking good, feeling good, and doing good. Later, he’ll be scaling a mountain and drinking a juice cleanse.

In other words, if he’s in an ad for Patagonia (vs. Jack Daniels), I’d make a whole different set of assumptions.

This effect is driven by our tendency to develop stereotypes. After all, consumers are people, and people are social animals. We tend to categorize other people into types, and use our beliefs about those types to guide our perceptions, expectations, and behaviors. Stereotypes can be nefarious, no doubt. But they’re a fact of life. They’re a mental shortcut we’ve evolved in order to navigate a complex world—and they’re hard to avoid because they often operate at an unconscious level.

A brand can easily become the basis for a stereotype—an image of the kind of person who uses that brand (e.g., the kind of guy who drinks JD, or wears Patagonia). And that image can bias how consumers see the brand’s advertising.

Case in point: Research we conducted for a financial services brand with a reputation for being popular among older, affluent consumers.

The goal was to test advertising that would broaden the brand’s appeal—particularly among Millennials. But when we showed Millennial prospects an ad with a picture like the one above, they assumed that the man was much older. They said things like: “He was a Wall Street businessman. Now he’s retired and canoeing alone on a lake… This is probably his last vacation.” (Ouch!) To succeed in shaking-up their image of who uses the brand, the ads had to unambiguously portray customers in young adult life stages (e.g., a couple having their first baby).

The ads also had to show activities that were appealing without being too out-of-reach. Pictures of twenty-somethings yachting, or at the ballet, just reinforced prospects’ ingoing image of uber-wealthy customers with whom they couldn’t relate. ("I don't identify with any of these pictures! I don't own a boat… I never go to the ballet.”) And, for some prospects, these pictures just seemed unrealistic. Yachting Millennials didn’t fit with any type of person they knew.

Another pitfall were pictures of young people that struck prospects as realistic, but inadvertently
triggered other negative stereotypes. For example, a picture of a man wearing a hat like this… 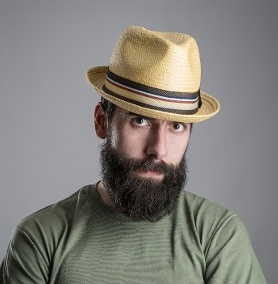 …triggered a “Hipster” image, and that was a turn-off. Prospects didn’t think they had much in common with him, didn’t aspire to be like him—and definitely wouldn’t want to hang out with him.

Here’s the good news: Marketing can play a powerful role in shaping that image. Not to say that it’s easy. Great marketing is art + science. So we developed AffinIDSM to support brands and agencies with science that can help them get the art of the marketing right. More specifically, AffinIDSM is a research solution designed to tackle three key questions:

Then we can test ads to make sure that they convey the intended image, and that they avoid hard-to-predict missteps. (See above re: the “Hipster” hat… Who knew?)

I’ll be talking about AffinIDSM in an upcoming webinar. Curious? Sign-up below!

In the meantime, “The More You Know” lesson for today is that consumers’ image of a brand’s typical user—and their stereotypes of people in general—will bias their perceptions of marketing, whether we like it or not. The best course of action is to understand what those images are, the effect they have on consumers, and how to strategically influence them so that they work in the brand’s favor.

Erica Carranza is CMB’s VP of Consumer Psychology. She has supplier- and client-side market research experience, and earned her Ph.D. in social psychology from Princeton University.

PS – Have you registered for our webinar yet!? Join Erica as she explains why to change what consumers think of your brand, you must change their image of the people who use it.

What: The Key to Consumer-Centricity: Your Brand User Image 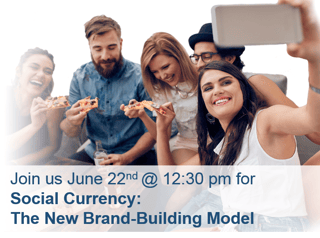 Very little brings me more joy than a rich data set that smells like a powerful insight is ready to emerge. Likewise, few things create more angst for me than a powerful story hidden in data—when something is there but I just can’t connect the dots. Recently, I was rescued from any long period of angst I might have suffered by a collaboration with two great minds who bring complimentary skill sets to the table.

My two saviors were CMB’s own Erica Carranza (PhD in social psychology) and Vivaldi Partners’ CEO Erich Joachimsthaler (PhD and marketing thought leader). The “aha!” moment came from Erich and Erica’s ability to reframe what the data was trying to tell me—a multifaceted “identity construct” drives all our underlying digital social behaviors. It’s an idea with powerful implications for marketers and other business leaders trying to thrive in this world of digitally empowered consumers. Erich, Erica, and I will be sharing more on these insights and how to use them in our June 22nd webinar, Social Currency: The New Brand-Building Model.

To help illustrate, I’ve spent the last week retrofitting this new realization to some of the best-of marketing efforts I’ve witnessed in my career, and I found some easy examples in gaming. Two examples in particular stick out. The first is the famous Call of Duty campaign that used the tagline “There’s a soldier in all of us.” The second is this past winter’s Star Wars Battlefront campaign, which leveraged the Star Wars fandom as part of a 30-year story (told in 30 secs). In both of these ads, the consumers—and their identities (real or aspirational)—were the heroes. The games themselves were enablers to further define and broadcast these identities. In a world where the most powerful brand-building content is created and/or shared by consumers, it’s particularly important to understand why consumers undertake the behaviors that Erich described in his original Social Currency work.

Retrospectively, it’s been easy to see that game marketers have inherently known (or stumbled upon) the concept of identity being a key to great marketing. But, the real eye-opener here is that this same concept proved true for 5 disparate industries (auto, beer, fashion, restaurants, and airlines) in a rich data set of 18,000 respondents and 90 brands, which is the basis for our webinar next Wednesday.

Brant Cruz is our resident segmentation guru and the Vice President of CMB’s eCommerce and Digital Media Practice.

Free for 40 minutes next Wednesday? Join us for a webinar that will explore Millennial attitudes and behaviors toward insurance!