What's Love (and NPS Scores) Got to Do with it?

NPS, or Net Promoter Score, is all the rage in market research. Most major corporations have a tracking program built around the statistic, and many companies also gauge their customer service and client relationships against this number. But what is NPS?

At its root, NPS is a measure of advocacy. In terms of data collection, NPS is a single question usually included in a customer satisfaction or brand tracking survey. The question’s scale ranges from 0-10 but is grouped according to the graphic below. In the aggregate, an NPS score is the percentage of Promoters minus the percentage of Detractors. 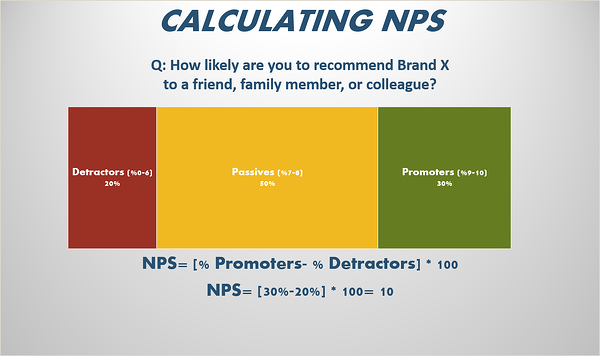 We did a recent study in which we took a deeper look at NPS and what how Promoters differ from Detractors. We surveyed customers from a wide array of industries (travel, eCommerce, telecom, etc.), and we uncovered quite a few statistics that might surprise you.

What if I told you that only a slim majority (53%) of Promoters love the brands they do business with? Remember: this isn’t 50% of all consumers but 50% of Promoters. In fact, only 15% of all consumers use the “L word” at all. This isn’t to say that advocacy isn’t important—word of mouth is an essential part of advertising—but wouldn’t you rather your loudest advocates be your biggest loyalists? If these Promoters found a competitive brand more attractive, are they likely to advocate on that brand’s behalf?

Here are some more fun facts: 4% of Promoters are only loyal customers during sales or when they have a coupon, and another 5% of Promoters would be happy to purchase from another brand if it were available. Consumers are fickle beasts.

So, what does all this mean? Are we ready to throw NPS out the window? Certainly not. NPS is great in that provides a clear measure of how many advocates exist in comparison to Detractors. Think of it as a net tally of all the communications in the world. Scores above 0 mean you have more Promoters then Detractors, and negative scores mean the opposite. But for those companies out there that have the traffic on their side, it’s time to ask: is advocacy enough? Advocacy is great—it provides momentum, gets startups off the ground, and fuels growing brands. But love is better—love builds dynasties.

James Kelley splits his time at CMB as a Project Manager for the Technology/eCommerce team and as a member of the analytics team. He is a self-described data nerd, political junkie, and board game geek. Outside of work, James works on his dissertation in political science which he hopes to complete in 2016.

Check out our new case study and learn how CMB refreshed Reebok’s global brand tracker, which gives the global fitness giant insight into how the brand is performing, its position in the global marketplace, and whether current brand strategies reach their targets.