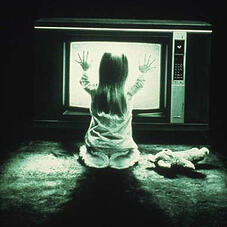 emember the heyday of the music industry? Remember how the big music companies pulled off a nearly unthinkable feat—convincing consumers to re-buy previously purchased products (vinyl) on a new medium (CD)? That’s what can happen when you’re the only game in town.

In addition to generating “found” revenue, the move from vinyl (including vinyl 45s) to CD had another profound impact—it solidified the album as the industry's unit of purchase. Hear a song you like? Hand over ten or fifteen dollars and you can own it. We’ll of course throw in other songs; maybe you'll like them, maybe you won’t. But you really have no other choice.

Somewhere along the line, young consumers—college students especially—got it into their heads that they no longer wanted to pay for music. And, as hard as it is to believe, they were even less interested in paying for music they didn’t want in the first place. File-sharing sites like Napster were happy to oblige. Not only did consumers begin downloading music for free, but perhaps more significantly, they also embraced a new type of music business model—an à la carte, unbundled model, where they could choose only the music they wanted.  How quickly did the music industry adapt? Well, you know how that played out….

Young consumers appear to be at it again, poised to disrupt another industry that's built its fortunes on a bundled-service business model and on being the only game in town: the pay TV industry. The numbers aren't huge yet, but 5% of consumers in our recent New Age of Television study say they've never had a pay TV subscription. If you’re thinking that these are the folks with aluminum-foil rabbit ears on their TV sets, think again. Half of these "never had pay TV" household decisionmakers are 22-30 years old (more than double the percentage in the study’s total sample) and 63% have college degrees (also higher than the norm) Their income is lower than average, but they've chosen to spend their money on broadband service (they had to have broadband to be included in our study), and not on cable and satellite.

And yes, they are watching TV and movies. They're just accessing that content the same way they presumably learned to do so in college—on their laptops (72% watched on a computer in the week prior to the study), and finding content from aggregators like Hulu (43%), network TV sites (33%), and file-sharing sites (10%). They’re accessing the specific programs they want without paying for unwanted programs or networks in a bundle. They may have to wait a year to watch the first season of Homeland, but that may not be a huge deal, considering how much they'd need to pay for that privilege and how much other content is available online.

The multimillion-dollar question: Will these young consumers eventually get pay TV? The answer: unlikely, at least based on what they told us. Only 15% said that they would definitely or probably sign up within the next 3 years.

Three years is practically an eternity in today’s TV world; who knows what will happen between now and then? Once these consumers settle in to a more stable life, start a family, and make more money, they could decide that the convenience of picking up a single remote for access to a ton of content is too attractive to resist. But then again, by that time someone may come up with an online solution that's just as, or even more, convenient. And maybe it will be less expensive.

We're going to keep an eye on "never had pay TV” consumers in future waves of our study. And the industry will probably want to as well. After all, it’s not as if college graduates—looking for places to live, comfortable accessing content online, and with limited finances—are going to be in short supply any time soon.

Posted by Peter Fondulas. Peter is co-author of the New Age of TV study, a CMB consultant, and President of Fondulas Strategic Research.

Download the summary report The New Age of Television: How Consumers Make Choices in a New Era of Entertainment Options