On a recent trip to Washington DC, I had a two hour delay on the flight out, and a broken Direct TV on the flight back, and yet when I got home I was delighted with my airline. I know this sounds unlikely, but as a result of the delay and the broken TV I racked up $75 in credits towards my next flight with JetBlue. Imagine that in the era of bag fees and paying for snacks!

Why is JetBlue, unlike many of its competitors, so willing to fork over credits for annoying, but still manageable service interruptions? To find out, I did what any curious market researcher without access to a ton of data would do, I Googled. Jet Blue’s Customer Bill of Rights was born after a series of storms in February of 2007. Thousands of vey unhappy customers were stranded on the East Coast for days.

Winter storms are typical and plague airlines around the globe, but JetBlue got itself into icy waters because they failed to react appropriately. Hesitant to cancel flights and tarnish their industry leading record for the fewest cancellations, executives waited too long to take action. By the time they did, passengers had been stranded on planes and at gates for upwards of 10 hours. Aircraft were literally frozen to the ground, customers were unable to rebook flights because gate agents were overloaded and the website did not allow for re-bookings. And compounding the problem, JetBlue did not have robust enough information systems to record and track the many bags lost in the chaos. 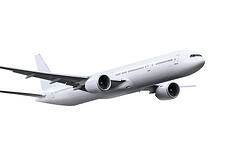 According to Texas A&M marketing professor Leonard Berry, JetBlue violated two core customer service codes during this storm – it did not provide customers with reliable service nor did it seem to resolve problems fairly. Clearly JetBlue had some work to do to regain the trust of its customers, and its Customer Bill of Rights was implemented shortly after the storms of 2007. JetBlue now offers vouchers or refunds for many frequently occurring flight snafus, including a free flight for a plane unable to reach a gate within two hours of landing, or $50 for two to three hour delays.

As a delighted customer, despite the inconveniences, I thought this was a great example of a company putting its money where its problems are. It should be a model for other companies as they try to provide customers with the highest level of service despite circumstances that are sometimes out of their control.

For more on Customer Experience and Loyalty, you might like: Do you care about your customers? Really care?

Amy Leathe is a Project Manager in CMB's Financial Services practice. She wrote this entry during a ground halt of an already serious delayed Virgin America flight. Here’s hoping they follow JetBlue’s lead!