The 2013 Boston Red Sox: Building Brand Loyalty off the Field 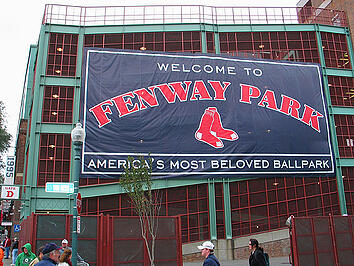 When the 820 consecutive home game sell-out streak ended on April 10th at Fenway Park (just two games into the 2013 season), the Boston Red Sox found themselves in a unique situation…Red Sox brand loyalty was no longer just a guaranteed thing.Since the Red Sox won the World Series in ’04 and again in ‘07, brand loyalty has come easy to the team – the fans were just there, happy to support their world champions.  But after a rocky end to the 2011 season and a weak 2012, loyalty has waned and the organization actually needs to re-build that loyalty again.

So where do they start?  Obviously on the field actions play tremendously into brand loyalty of any professional sports team. If the team is winning, fans will come to cheer them on and if the Red Sox continue their already hot start to the 2013 season that may help to re-build the loyalty all in itself.  But besides just winning games and acquiring new and exciting players to drive fans into the ballpark - what have the Sox done to keep Red Sox Nation committed and coming back to the brand?

Professional sport teams are a unique brand; sometimes no matter how much loyalty the Red Sox organization might try to create – advertising, loyalty programs, promotions, none of it will matter without a competitive team on the field.  However, it’s times like this when the Red Sox can show their dedicated fans they really are valued. They must maintain their brand advocates and deliver on their promise of a committed ball club in order to keep Red Sox Nation faithful even when the League Standings on the Green Monster might show the Red Sox slipping a few games behind the dreaded Yankees.

Jen Golden is a Senior Associate Researcher at CMB. She’ll never forget the first time her Dad took her to her first Sox game and she saw the Green Monster for the first time – her brand loyalty for the team has never wavered since.

Interested in joining our team? We're hiring, check out the opportunities here on our Career page.