Did a Movie Move the Market?

In March of 2011 a movie was released in theaters, with all the hallmarks of box office success, it starred a handsome Hollywood newcomer and a seasoned Hollywood veteran, it had an intriguing plot, and it was released during the traditionally uncompetitive winter/spring movie season. So, when the movie, Limitless, debuted at #1, it was no surprise.

Now this sounds like a typical Hollywood hit, but there was something about this movie that made me (self-proclaimed movie buff since age 8) pay a bit more attention. The main plot device was a product: an experimental drug that allows the user to use 100 percent of his brain, and this product played a crucial role in character development and the overall plot. Could this movie increase demand for a similar type of drug in the real world, specifically for a segment of the US population that previously hadn’t been very demanding of that product? In short, could this movie make a target market aware of a need that they didn’t even know they had before?Fired-up about this epiphany like Peter Finch in Network, I boldly predicted to a friend that a certain company might actually run short of supply of the drug, because the movie would uncover previously unknown needs to a large segment of the US population, and that segment would consequently want to start buying like the floor traders at the end of Trading Places. (Yup: two movie references, one sentence.) After all, I had previously seen the effect that movies could have on product demand in the past:

So, I had seen this sort of thing before, and – wouldn’t you know it – about three months after opening night, this certain company publicly announced to its stockholders that it did not have enough supply to meet demand for the drug: they were plum out!

Coincidence? I think not! Well, at least I didn’t think so at the time. You see, I wasn’t a market researcher yet, so I didn’t really consider the hundreds of variables that could be involved in the outcome of something (in this case, that “something” being a company’s unexpected shortage of a certain type of product). Besides, it was a pretty bold and insightful prediction, it wouldn’t be the first time a movie drove up demand for something! So, the fact that my prediction actually came true gave credence and justification (at least in my own mind at the time) to the fact that the movie must have had the effect that I predicted it would!

Well, now that I have a few market research years under my belt, I see the situation a bit differently. In the article “Advertising Analytics 2.0” from the March 2013 issue of Harvard Business Review, I was happy to see that they DID talk about movies having an effect on product sales…but “cinema” is only one of hundreds of variables that are taken into account and run in a software analytics engine that determines the true weight and importance of each variable. So, the only way to determine whether or not the “movie variable” was actually significant in Limitless would be to get fancy and use some of those new Analytics 2.0 techniques, run an analysis of the effects of all the possible variables – and, after watching CMB’s analytics team in action, I can tell you that this means a lot of variables. Any of which could have played a part in either an increase in demand or a shortage in supply or both happening simultaneously. There are a few possible scenarios that led to a shortage in supply, and a lot of different variables that could’ve caused each of those scenarios to occur.

So, is it crazy to think that movies have the potential to dramatically increase demand for a product, when the right conditions are met within the movie? Well…maybe; for Supersize Me, the effect is obvious, but for Limitless, the effect of drivers is not perfectly clear and the conclusions are obtainable yet less certain. But, what’s important is the fact that sometimes, completely unbeknownst to anybody – there could be an unforeseen variable or set of variables out there, and they could ultimately have a profound effect on your product or industry. It could be a shift in consumer viewing habits, it could be a general economic shift, or maybe, just maybe, it could be a movie. Either way, you won’t know until you start asking the right questions and digging through all the possible variables.

Jonah is a Senior Associate Researcher, he’s been a movie buff since he saw India Jones: Raiders of the Lost Ark when he was 8 years old. (If you ever need a “movie guy” on your trivia team, he’s your man.)

Planning on joining us in Nashville for TMRE?
Use our discount code for 25% off admission. 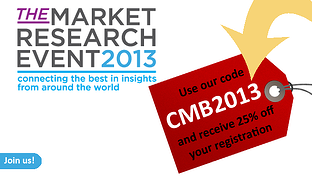