Scoring with Emotion: A lesson for brands 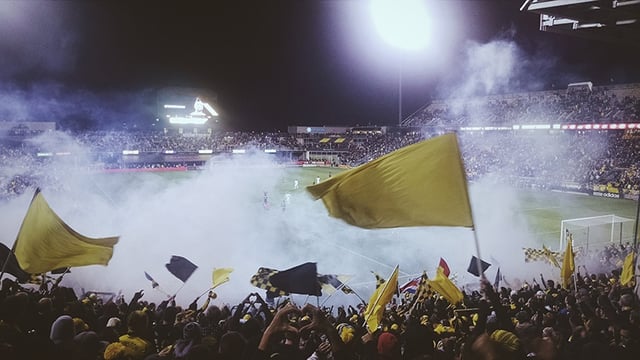 If it’s Sunday morning in the Alderstad household, I’m engrossed in a football match on my tablet. I’m not talking about American football, I mean the real kind.

I’m from Sweden but live in the US, so I like to keep up with my home team—even if it’s an unimportant match against a non-threatening opponent. Following my team keeps me connected with fellow fans, especially when I’m watching alone from thousands of miles away.

I may be watching from my house, but I feel the same cocktail of nervousness and excitement as the other fans who are actually in the stadium. During a match, nothing else matters except for what’s happening on the screen.

Most matches take me on an emotional rollercoaster and leave me feeling high or low. I try to not let those feelings linger and dictate the rest of my mood for the day.

I like to think that I can separate my feelings from the match, but I know that’s not entirely true. When it comes to my favorite team, eleven players chasing a ball can definitely impact how I’ll feel for the rest of the day.

And this is an important lesson for brands. Too often are we assuming a rational consumer—one who is motivated by the seemingly “obvious” and “rational” factors, like the functional features of a product. And yes, the functional benefits a brand or product provides is important. But, we can’t dismiss the power of emotion.

The link between emotions and decision-making has gained considerable attention in psychology, marketing, and even economics. But, I believe how emotions impact our decision-making process is still underestimated and underleveraged.

At CMB, our solutions are grounded in consumer psychology and we know that consumers are motivated by three types of benefits, including emotional, functional, and identity. We’ve developed proprietary tools that measure how brands and touchpoints make people feel—understanding the emotional payoffs consumers experience, want, and expect from a brand.

Instead of focusing solely on what a product (or in my case, a team) can “do” for the consumer, brands must understand what emotions they should be evoking from target consumers, then create messaging and experiences that elicit such feelings.

My emotional connection to my team may be a little mad, but isn't the duality of the human psyche—where our thoughts and decision-making are strongly driven by an unending conflict between logic vs. emotions and thinking vs. feeling—something to cherish?

I certainly think so.

Daniel Alderstad is a senior associate researcher who has tried (and failed) to get his peers to acknowledge that "football" is played with one’s feet and a round ball, while "American football" (which he very much appreciates) should be called "throwy-hand-ball-with infrequent-but- guaranteed-to-score-kicks-occasionally".