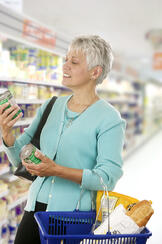 Picture yourself pushing your cart down the grocery store aisle, you’ve planned your meals and are making choices that suit your family’s tastes and budget. The decisions you make are rational and logical. But as anyone who’s ever felt a sense of nostalgia over a chocolate chip cookie, or empowered by their choice of the natural peanut butter, can tell you, they are also emotional.

As market researchers we’re interested in knowing what decisions consumers make, how they make them, and why. Traditionally, we’ve used quantitative (survey) approaches to discover the “what” and the “how,” and turned to qualitative methods (IDI’s, focus groups) to understand the “why,” including the emotions underlying these decisions.  But merely asking people to name their emotions is not enough, language biases, the tedium of having subjects choose from lists of 50 or more emotions, and the dangers of self-report for something so nebulous, are all difficulties faced by researchers. To address these biases, scientists and quantitative researchers have come to recognize the extent to which decision-making takes place in the subconscious mind. The question is: how can we apply rigorous measurement to what seem like the most irrational, unpredictable human characteristics?

Medical science has offered new possibilities using relatively established technologies to gain insight and understanding into the relationships between human emotion and brain activity. EEG’s, eye tracking, and even MRI’s have helped us understand the nuances and complexity of the brain’s response in very concrete and visual ways. An fMRI like the one pictured below, and other technologies, are valuable in their ability to measure brain responses that the subject might not even know they’re having. But there are limitations, beyond being prohibitive from a cost perspective, the results lack the nuance and detail necessary for effective application for market researchers.

Want to know more? Please join us on September 21st as CMB’s Jeff McKenna and AdSAM’s Cathy Gwynn discuss the development and application of this new approach to emotional response measurement.

Posted by Megan McManaman. Megan is part of CMB’s marketing team, and she isn't proud to say buying ketchup makes her happy.