Banks Can and Must Allay Mobile Banking Users' Fears 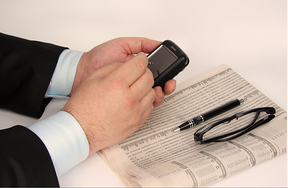 This summer, New Corp’s alleged hacking of celebrity and crime victims’ mobile phones ignited a fire storm around mobile security. Closer to home, the dark side of online convenience wasn’t news to the millions of customers who’ve had their passwords, email, social media accounts, and credit card information hacked. What has received less attention in the U.S. are the privacy issues and risks that stem from burgeoning mobile usage, particularly mobile banking. This spring CMB along with iModerate asked 1,461 Americans over the age of 18 to share their mobile banking habits; the findings reveal consumers’ concerns about mobile privacy.

Data breaches are uncomfortably common, with over 13 million customers falling victim in 2011 as of September. While having an email account compromised may be frustrating, time-consuming, and embarrassing, the thought of financial information in the hands of hackers is the stuff of nightmares.  The vast majority of major banks offer the convenience of online banking, and the growth of smartphone ownership has made mobile banking increasingly popular. According to CMB, over half (52%) of smartphone owners use their device for banking activities including checking account balances, transferring funds, or purchasing stock. Nearly 68% of those under 35 use mobile banking compared with 41% between the ages of 35 and 49, and only a quarter of those over 65. The difference in mobile phone usage by age is consistent with lower use overall by older smartphone owners, who are less likely to take advantage of the array of mobile capabilities than younger users.

Mobile bankers and non-mobile bankers alike indicate feeling more concern (54%) over personal privacy when using smartphone “apps” for banking than when using a personal computer.  The feeling is unsurprisingly more pronounced among non-mobile banking smartphone owners. A look at motivations behind the lack of use reveals real concerns about mobile privacy and security from smartphone users across the board. As one respondent noted:  “I do not want to do any banking on my phone, at all. Too many security risks…Lose my phone and all my info is cached…phones are easy to access and mine data out of,” Female, 30-34.

Forty-seven percent of smartphone users, who did not use their phone for mobile banking, expressed concerns about privacy (having location tracked by mobile devices, or wireless carriers). Nearly the same percentage (49%) noted security concerns (identity theft, malware, viruses) as reasons not to bank with their phone. Privacy and security concerns aside, half of non-mobile bankers said they preferred to do their banking in person or online. Said one respondent, “I am comfortable with my desktop, my firewall and security system, etc. Plus, in general, I am more productive and faster on the desktop,” Female, 55-59.

The fear of security and privacy breaches is powerful, 71% of smartphone users who don’t use mobile banking say they are highly unlikely to start within the next six months, 86% say they’re unlikely to begin investing on their device. But there is a bright spot for mobile app designers: of non-smartphone owners who plan to buy a device in the next 6 months, nearly 40% said they’d be “highly likely” to use their phone for banking.

So what is the takeaway for the banking and mobile industries?  For some, concerns over security and privacy may always trump the ease and convenience of new platforms and devices; banks and mobile providers must still actively address the reasonable privacy and security concerns of their customers to establish trust among those who may be wary. Banks who can deliver new product and service bundles that satisfy these very real concerns about mobile security will gain the trust, and ensure the growth, of their mobile banking customer base.

Download our recent Consumer Pulse report: A Consumer Perspective on Mobile Banking. It looks at how smartphone and tablet owners are conducting mobile banking and transactions on their mobile device.