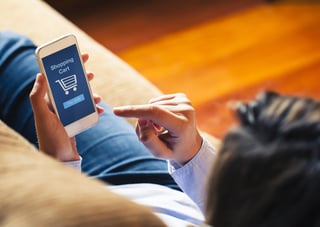 If you noticed the annual coverage of Black Friday shoppers seemed somewhat muted this year, you weren’t imagining things. While Cyber Monday sales were the highest since its debut in 2005, Black Friday sales were at their lowest since 2011. We all know how many elves flew (or didn’t) off the shelves, but to learn more about consumer holiday shopping behaviors, we partnered with Research Now for a quick survey of smartphone owners, ages 18 and up.

Does 2015 mark the end of Black Friday—retail’s highest and holiest holiday? One retailer, REI, even opted out of this year’s Black Friday altogether, though their website did allow shoppers to make purchases online. The 87% of respondents who reported shopping on Black Friday might suggest that its imminent death is exaggerated. But the 81% of those Black Friday shoppers who did at least some of their shopping online suggest the explosion of ecommerce may have circumscribed the usual Black Friday frenzy.

And then we have mobile—2015 marked the introduction of app-only deals from retail giants Amazon, Walmart, and Target. Of respondents who did shop from their smartphone or tablet, on either Black Friday or Cyber Monday, a full 27% purchased through an app. Still, a Cyber Monday dominated by in-app sales may be a few years away—61% of the Black Friday and Cyber Monday online shoppers used a PC to make their purchases.

Need further evidence that online shopping and mobile technology are disrupting the traditional holiday shopper customer journey? “Just” 67% of Black Friday deal-seekers said they actually braved a brick and mortar store—this on a day once defined by the in-store experience. Is nothing sacred?

Megan is CMB’s Senior Product Marketing Manager. She can’t stand Christmas music and was once visited by 3 ghosts.