Insurance companies aren’t what most people think of when they think of innovation, but you’d be surprised. American Family Insurance (AMFAM) based in Madison, Wisconsin, is doing some interesting things and a lot of it has to do with their Chairman/CEO (Jack Salzwedel), Chief Business Development Officer (Peter Gunder), and Innovation Director (Dawn Mortimer).It may seem counter-intuitive that firms in regulated and risk-averse industries have great innovation potential, but at South Street, we believe these constraints are huge catalysts for growth and change.

AMFAM’s previous innovation endeavors were focused on products and specific business areas. Now, AMFAM pursues innovation at three different levels across the entire organization: operational, transformational, and disruptive, with the ultimate goal being disruption and new business creation. What’s changed is the aspiration and intention to be a leader and disrupter, not a fast follower.

One focus for disruptive innovation is launching new business models such as Assure Start, insurance for small businesses sold directly online. Another focus is venture capital investing in start-up companies and early stage ventures that have differentiation potential. Related to this, in the past two years since Jack Salzwedel has been CEO, AMFAM has acquired Permanent General (a direct auto carrier) and Homesite insurance (home insurance).

Since setting up AMFAM’s enterprise-wide internal innovation program in late 2011, Dawn Mortimer has engaged 60 VIPs (Vital Innovation Partners) from different levels and functions across the business to participate actively in the innovation process. They spend 5-10% of their time to move ideas through the innovation funnel and review hundreds of submissions from employees and AMFAM’s agents. Using BrightIdea’s innovation platform, general and focused challenges have been launched and innovations have been achieved from new mobile apps to claims process improvements. Rewards and recognition for participants at each stage gate — from cash, to public recognition “Roof Raiser” and “People’s Choice” awards, to cool parking spots in the winter — have helped keep employee engagement high. And using a consulting model, the team of 8 innovation engineers works closely with business areas to fund pilot programs and proof of concepts.

AMFAM’s latest innovation endeavor has been focused, led from the top, well-funded, and aligned with overall strategic goals. This success story is still being written, but so far, it’s great to see a company embrace the innovation agenda and make such great progress despite its constraints.

Jennifer is a Director at South Street Strategy Group. She recently received the 2013 “Member of the Year” award by the Association for Strategic Planning (ASP), the preeminent professional association for those engaged in strategic thinking, planning and action. 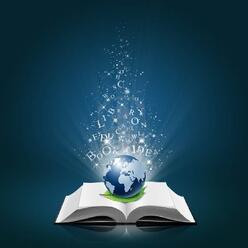 It is human nature to love a good story, and it’s no wonder that for centuries storytelling has been a powerful force for human learning, change and advancement. As business strategists, we use stories in a variety of ways in both strategy development and implementation.In strategy development, we often learn from case studies—stories of relevant successes and failures as well as analogs from other industries—to help inform our thinking on problems we are helping our clients solve.

In strategy implementation, we use stories as a catalyst for organizational buy-in and change. The most effective business leaders we work with are expert at communicating a vision with clarity and passion and guiding organizations to implement strategies using stories, ongoing dialogues and narratives. They don’t simply make edicts or repeat the same message over and over. They use their influence and credibility to communicate intentions, future direction and strategies, and invite everyone to participate, interact, and become part of the continuing story.

Good stories are memorable and engaging and completely believable. They connect us and help us understand and relate to others, whether those others are involved in telling the story or simply listening to it. When leaders want to rally teams and employees to implement new initiatives, they need to be authentic and communicate with conviction and energy in order to gain trust and commitment. By carefully crafting and honing messages and stories that they share and adapt over time, leaders become more effective at connecting and teaching,  guiding and motivating others through implementation successes, challenges and setbacks.

If you are interested in this topic and related research, below are some of my own favorites, from people I’ve worked with or learned from recently:

What role do stories play in your willingness to get on board with change? Can you identify one strategic issue where storytelling can support your goal?

Kristin Vincent, VP, Product at Marvel Entertainment, has been helping the 70-year old company re-define itself in the digital age. Not knowing much about comics when she joined the company in 2011, she quickly gained credibility and influence with her fresh perspective, insights and actions related to the company’s “Re-Evolution” digital strategy, which officially launched in March 2012.At a recent conference, she shared the principles Marvel has used to evolve its comics business so that fans continue to love their experience with comics, while traditional print and new digital formats and channels co-exist and thrive at the same time:

In 2012, the innovations helped Marvel achieve triple digit growth in its digital business while keeping its core B2B brick-and-mortar store channel partners happy. The digital and print products complement each other, satisfying existing fans while opening up a whole new fan and user base.

Deconstructing the Customer Experience: What's in Your Toolkit? 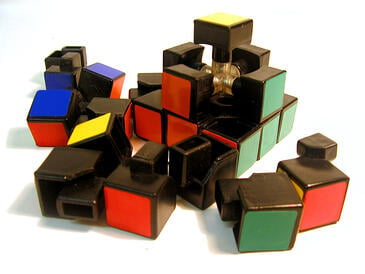 More and more companies are focusing on trying to better understand and improve their customers’ experiences. Some want to become more customer-centric. Some see this as an effective path to competitive differentiation. While others, challenging traditional assumptions (e.g., Experience Co-creation, originated by my former boss, Francis Gouillart, and his colleagues Prof. Venkat Ramaswamy and the late C.K. Prahalad), are applying new strategic thinking about value creation. Decision-makers in these firms are starting to recognize that every single interaction and experience a customer has with the company (and its ecosystem partners) may either build or destroy customer value and loyalty over time.

While companies traditionally measure customer value based on revenues, share of wallet, cost to serve, retention, NPS, profitability, lifetime value etc., we now have more and better tools for deconstructing the customer experience and understanding the components driving customer and company interaction value at the activity/experience level. To really understand the value drivers in the customer experience, firms need to simultaneously look holistically, go deep in a few key focus areas, and use a multi-method approach.

Here’s an arsenal of tools and methods that are great to have in your toolkit for building customer experience insight:

What tools are you using to better understand and improve the customer experience? What tools are in your toolkit?  Are you taking advantage of all the new tools available? 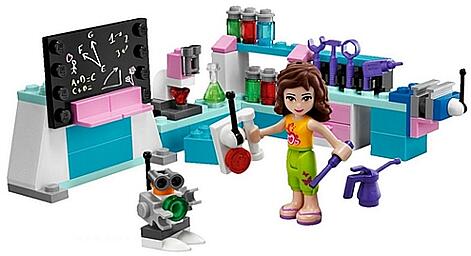 Just over a year ago, leading toy maker the LEGO Group launched its new line of blocks and figures for girls called LEGO Friends in key global markets in the Americas, Europe, and Asia. It is one of the most successful launches in the company’s history and has already generated twice as much business as expected.The story of Friends started long before the 2012 launch, and deserves a full-length case study; for now I’m excited to share a little of what I learned from meeting and listening to Laura Post, Senior Director, Strategic Planning and Insights, for LEGO in the U.S., when she talked about LEGO Friends at the IE Group’s Women in Strategy Summit in New York City a few months ago.

Laura attributed much of the success of the launch to a shift to a customer co-creation approach, and a willingness to really observe and listen to customers and to engage them in co-design of the products. The LEGO Group had tried for over two decades to expand its appeal with girls with little success. Barriers included lack of company focus and support, core products geared to boys ages 5-9, and products designed with strict adherence to internal ‘sacred cow’ beliefs about what mini figures should be and look like. LEGO was also in serious turnaround mode in 2003-2004 after straying too far from its core.

One of the things that LEGO executives realized needed to change was that employees needed to be empowered to make customer-focused decisions. Consumer insights are now core to LEGO’s strategy. As evidence of this shift, according to Laura, the company spent four years and conducted 13 major studies researching customer needs and wants related to Friends. It directly tested products with 3,500 girls and moms, and once a month, girls were brought in to co-create products with LEGO’s designers and researchers.

It was through this focused effort and investment that LEGO learned that the majority of young girls around the world prefer to play with building toys and figures that look very realistic, have vivid colors (especially pink and purple), and that have different personalities that increase the emotional connection. The traditional old mini figures with generic facial expressions just wouldn’t do. As a result, LEGO invented the Friends mini-dolls, each with their own names, interests, and favorite things and places (see Olivia and her invention workshop graphic).

This co-creation story is only one example of what the LEGO Group is doing in this space. There are many, many more examples of how co-creation is changing business for the better. As a big fan of the co-creation approach, I hope to tell more stories on the use of this customer centric methodology at Lego and elsewhere. Watch this space.